“There is a difference between being poor and being broke. The broke is temporary. Poor is eternal.”

Robert Kiyosaki, an American businessman gave valuable lessons to us from his best-selling novel, Rich Dad Poor Dad. He portrayed his teachings and lessons from his two fathers, one being his biological father (poor dad) and one of his best friend’s father (rich dad).

Robert Kiyosaki states that there are 2 categories of people in the world. This, he explained with a
Cashflow Quadrant . Let’s understand this in detail! 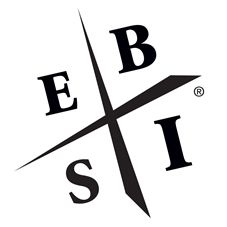 THE MYSTERY OF THE CASHFLOW QUADRANT

Between these two sides of the quadrant lies a dividing line of those who are struggling in today’s economy and those who are prospering. Four types of people have been divided within the cash flow quadrant. On the left side, we have
● E stands for Employee
● S stands for Self-employed

On its right-hand side, we have-
● B stands for Business Onwer
● I stands for Investor

The reason behind fewer people on the right side of the quadrant is the cost of choosing security over freedom.

People on the left side of the quadrant are more considered in being secure, whereas people on the right side are enthusiastic about taking risks. Thus, these are the kind of people who make money while they’re asleep too! They don’t believe in living in a pattern of paycheck to paycheck.

HOW DOES ONE MOVE FROM THE LEFT QUADRANT TO THE RIGHT ONE?

Robert Kiyosaki believes that Moving from the left to right side of the quadrant requires simple 3 factors. He figured out this by looking at a study conducted on people who moved from poverty into wealth.
● Maintain a long term vision and plan
● Belive in delayed gratification
● Let the power of compounding work for your favour

WHAT MAKES YOU RICH?

Rich people are rich because they make a lot of money!

This is a statement that we would hear from anyone describing the rich. The fact here is, making a lot of money doesn’t make you rich, what makes you rich is how much money you are keeping!

People operating on the left side of the quadrant end up paying more taxes or interests on debt liabilities than they even earn.

Those on the right side of the quadrant pay the least taxes. They know how to utilise debts to make money and when to hedge against inflation through their assets. A survey conducted, stated that Investors are the richest people in the world as 70% of their incomes comes from investments and the rest 30% comes from other sources.

The best quality of right Bs and Is is that when they need money, they look for opportunities to enhance and acquire assets producing more passive income. By this, it doesn’t mean to go big from the starting. Patience is the key here, so start small and have patience and watch how extensively your wealth grows.

3 Simple things to do with your money to Build Wealth

Are you still believing these Myths of Investment?