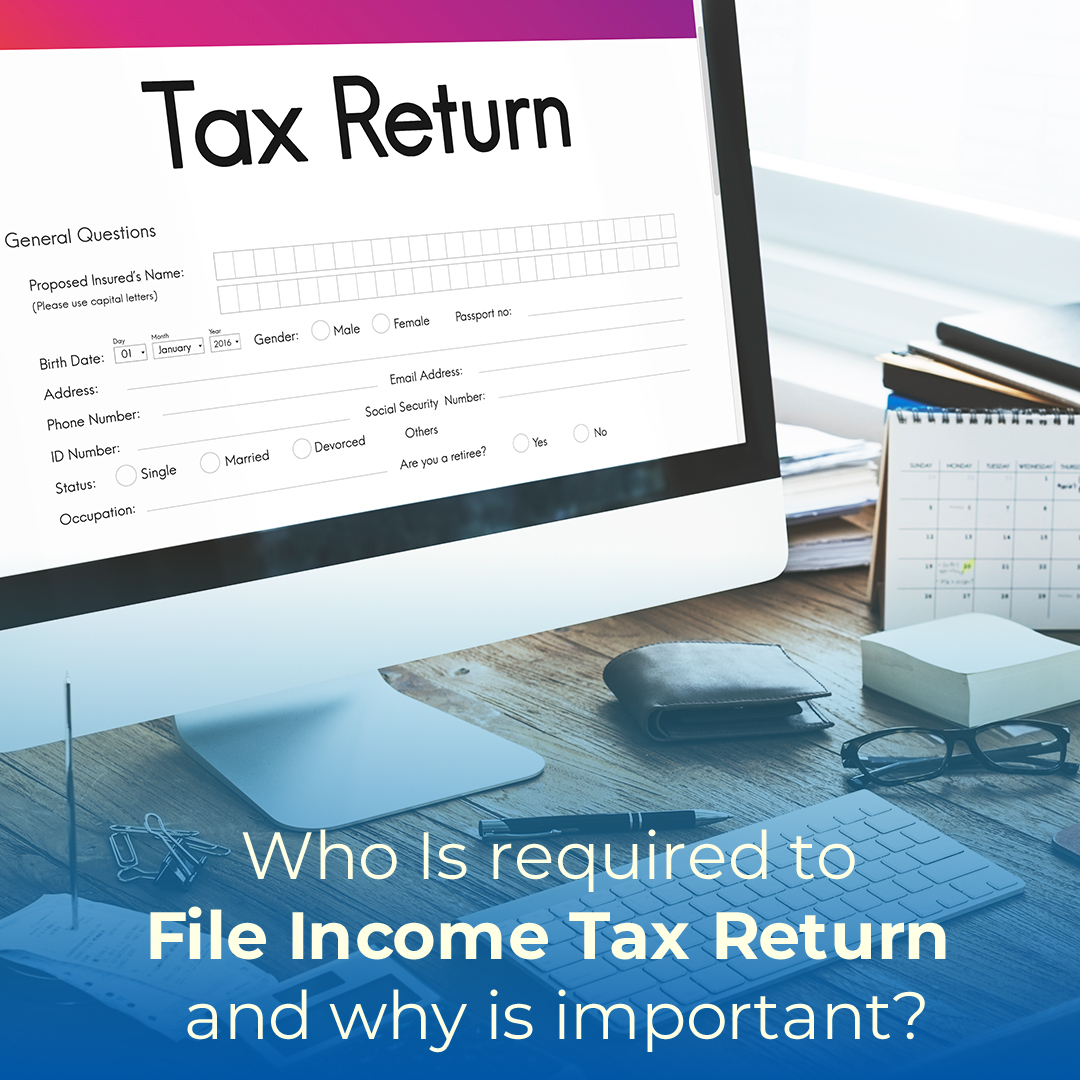 It’s the time of year when the Tax filing process starts again!! Every year this time many individuals become the victim of doubts & queries. A large section of people is not even aware that they come under the category of income tax slabs. Eventually, these are people who miss out on filing taxes & end up being summoned by income tax officers for paying penalties.

Well in this blog, your doubts related to Income Tax filing will be cleared:

Who is required to file an Income Tax?

If your annual income comes under the mentioned tax slab, then you are obligated to file an ITR.

However, if your gross total income does not exceed the basic exemption limit, then the mentioned below pointers make you come under to pay taxes:

a) An aggregate amount exceeding Rs 2 lakh for himself/herself or any other person for travel to a foreign country;
b)If you have deposited an amount exceeding Rs 1 crore in one or more current accounts maintained with a bank or co-operative bank;
c)If you have paid an electricity bill exceeding Rs 1 lakh in a single bill or on an aggregate basis during the financial year;
d)Ordinarily resident individual having income from foreign countries and/or assets in foreign countries and/or having signing authority in any account outside India;
e)If an individual’s gross total income exceeds the exemption limit before claiming tax exemption on capital gains under sections 54, 54B, 54D, 54EC, 54F, 54G, 54GA, or 54GB.

What about the common mistakes one should avoid while filing an ITR?

We, humans, tend to make mistakes and learn from them. Tax filing is such a process that people might end up making mistakes. For instance,

Such mistakes could lead to negative consequences. Sometimes, filing ITR at the last moment leads us to create some mistakes, that bring in negative impact.

What if someone doesn’t file an ITR, what would happen then?

Here’s what will happen if a taxpayer does not file income tax returns on time:

How to Calculate Your Income Tax Bracket and How to Save Maximum Tax?

Are you making these mistakes while filing Income Tax Return?